Year Two pilot recipient, Rabin Tirouvanziam, continues to be an excellent example of how the resources and support from the HERCULES Center has helped promote environmental health sciences research and created opportunities for researchers to expand their focus to include environmental factors. Tirouvanziam’s pilot project “The human airway ecosystem: metabolomics and trace element profiling to track complex exposures in chronic and acute disease” utilized the metabolomics and systems biology cores. 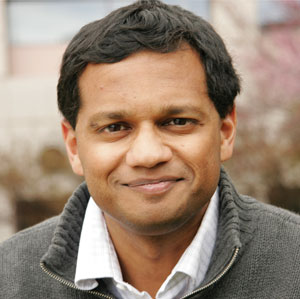 Before receiving his pilot award, Dr. Tirouvanziam had a well-established career in pulmonary research, immunology and metabolism. His most recent work had started to focus on using high-content platforms to interrogate immunometabolic processes. The HERCULES pilot award and access to the facility cores provided an additional seed to facilitate the expansion of his research to include environmental factors, high-resolution metabolomics and systems-based approaches. Beyond his pilot award, he has leveraged the use of career development resources to allow protected time for cross training to continue to enhance his knowledge of metabolomics.

Through his project, he was able to develop a pipeline for metabolomics and trace element profiling of airway fluid and initiate targeted analysis and data modeling efforts for disease-relevant analytes. Now that the pipeline is in place, data from this project has been expanded to include more samples from adults with chronic cystic fibrosis (CF) disease along with a group of infants with CF. Within only two years since his pilot award, he has successfully presented the metabolomics data at two major conferences and utilized the data to obtain a grant from the NIH Common Fund Metabolomics Resource along with an R01 from NHLBI. Additional R01 applications are currently underway along with multiple manuscripts describing the project findings.